Our apologies for taking so long between blogs. As you will see, we are extremely busy and have had little time to sit down.

February 16
We experienced how people worship in Kenya by attending a Sunday service. Beautiful music and dance at a gathering of a community of faith. Wonderful!
We took the afternoon sorting through all the items and slotting which items were going to Mathare, to Mary Thamari and the Life in Abundance program and to Compass when we return both Wednesday the 19th and one last time on the February 26th.

February 17:  Mathare
Today we visited the Mathare slum. John, a resident, opened his home to us so that we could gain more understanding of life in the slums. Pictures can only give a two-dimensional image; they do not offer sounds, smells, nor anything physical like heat, humidity, etc. To walk in the area amongst the people and to sit in John’s tiny living space was eye-opening to say the least. 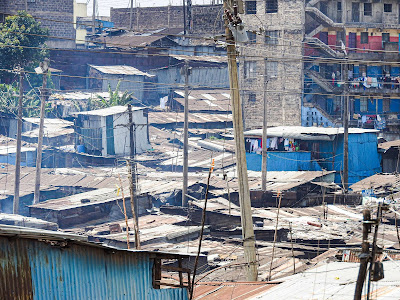 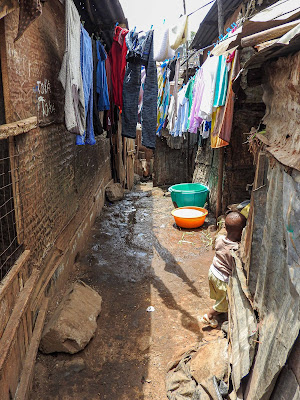 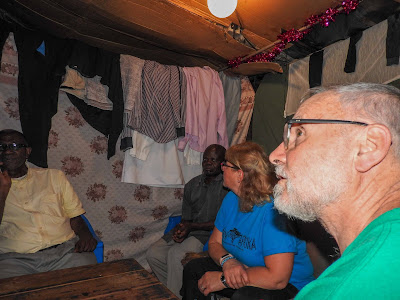 We were brought to the three schools we support including the Kariobangi orphanage. Rodgers, our contact with the MCO (Mathare Community Outreach), was happy to show us the three kitchens and some classrooms Tumaini Afrika has funded. A lot has changed since TA’s last visit in 2018 thanks to our many supporters and the steadfast work of Rodgers and his team!

We also visited the dormitories at the orphanage that tragically caught on fire this past year, causing some major damage. Fortunately, no was hurt or killed. Besides the obvious damage to the structure, students’ personal items were destroyed as were the mattresses purchased after a campaign led by our Tumaini Afrika members Gabi and Carey. Rodgers and his wife Grace lived in a room within the dormitory so that they could act as parents for the orphans who lived there. Their home was also damaged and personal items lost.
We were happy to see that they have managed to temporarily relocate everyone while repairs are made. They have replaced the roof already but a lot of work is still left to do before all can move back in.

As is the tradition, we were treated to some wonderful student presentations. One that particularly comes to mind is the student residents’ presentation of a song called  "Never Give Up"  and a poem written by a form 2 (grade 10) student about all that Tumaini Afrika has done for them. As we listened, we came to realize that these students have become resilient citizens. The MCO, comprised of faithful mentors, has become a strong force within this community. They have been instrumental in giving hope to so many... always looking towards what they can do to change the lives of so many, one person, one family, one challenge at a time. It has validated the work the Tumaini Afrika group and other supporters have done to support their efforts up until now. They have been able to accept our hand up to make great things happen in their community!

February 18: Back to MCO schools
Today, the Tumaini Afrika team, now known as Team Faraj ;-), offered a mini-retreat to clergy by way of a discussion on grieving in today’s world, lead by our very own Bruce. Micheline met with staff members from PP1 (junior kindergarten) to form 4 (grade 12) to discuss special needs in their classes and possible strategies to help in student success. Holly gave her geography lesson comparing Canada to Kenya. Jeannine gave her lesson on the various roles we play and then followed with her music lesson on notes and rhythms, always a crowd pleaser! Judy and Linda offered their art lesson once again to a fresh group of eager learners!
After lunch, we all helped Linda and Judy present and distribute Days for Girls kits to 100 very happy young women! The girls were especially impressed by Bruce’s openness to being a part of it all.
Once they all got their kits, the girls were all quick to strike a pose with their new gifts! Girl power at its best!!
It was a good day! 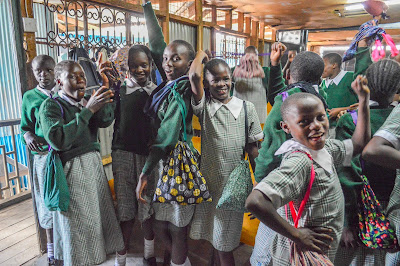 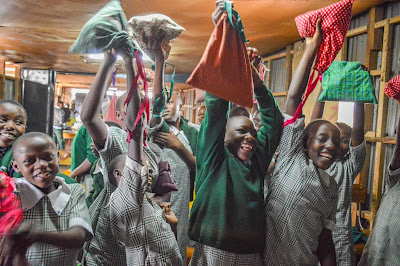 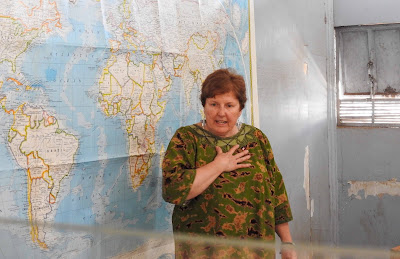 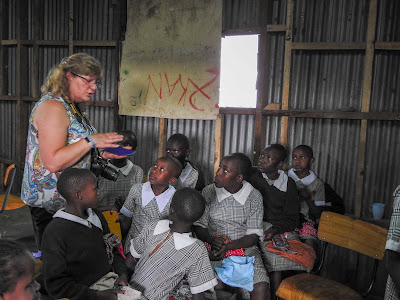 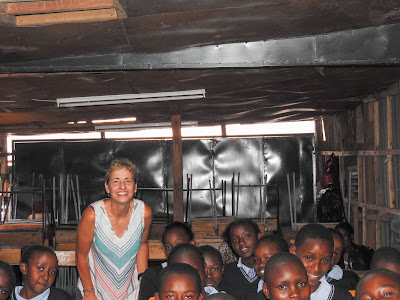 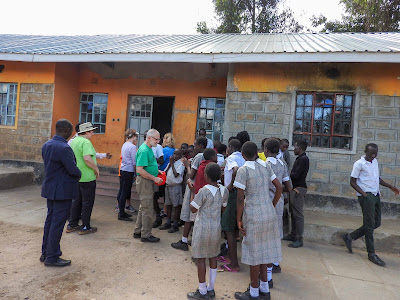